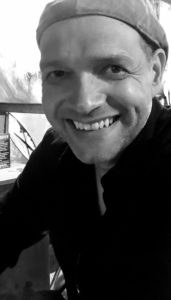 Arturo Avila-Garcia, Colombian-American painter born in Bogotá. He spent his first years of college studying psychology which through the exploration of his inner thoughts, emotions and desires in life inspired him to express those elements in a painting. Having a journey of self discovery where the notion of reality has no limits to examine our certainties about ourselves and our community. After two years of psychology he decided to change careers starting to work on his BFA with concentration on painting. Finishing his BFA in 1992 he was chosen by The Museum of Modern Art in Bogota for their biannual exhibition as one of the most influential young artists. A year before he participated at an Art convocation from the Institute that promote higher education (ICFES) and was awarded Honorable Mention for an installation that feature painting, sculpture and neon lights. The following year he did his first individual exhibition at the Santafe Gallery, title “Idols”. With a BFA and a lot of expectations in 1993 he traveled to the United States and has resided in State of Florida for 25 years. It became for him very clear through the years he was getting into his second journey of self discovery. In The United States he has been earning a living working in the construction, retail, hospitality and education industries always keeping the concentration in developing a language and identity as a painter using various mediums such as pencil, chalk, acrylic and oil on canvas. He has also taken on visual decorative and freelance custom paintings projects for companys like Bloomingdales and private collectors. In 2005 he  graduated with a Masters in Education with concentration in Curriculum and Instruction. In the same year he accepted an art teaching position at Olympic Heights Community High School in Boca Raton, Florida. He has been in collective exhibitions with Broward Art Guild, Boca Raton Art Guild and the Artists of Palm Beach County where he participated in a collective exhibition titled, “Absolutely Abstract 2017″, winning a First Honorable Mention. The passion of how he approaches the painting process gives him an outlet to communicate with people in a non verbal concept. It is a way for him to express himself through images and ideas relative to paint and color to deliver a visual message through a journey of 25 years of experiences resulting in his latest project titled “Blues”. The series is a culmination of a journey inspired by “One Hundred Years of Solitude”, a novel by Gábriel Garcia Marquez and the painter’s  own personal journey.